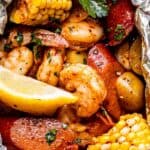 This Grilled Shrimp Boil in Foil Packets is a flavor-packed meal that’s easy to make on the grill or in the oven! This hearty dinner is filled with perfectly seasoned potatoes, shrimp, sausage, corn, and more. 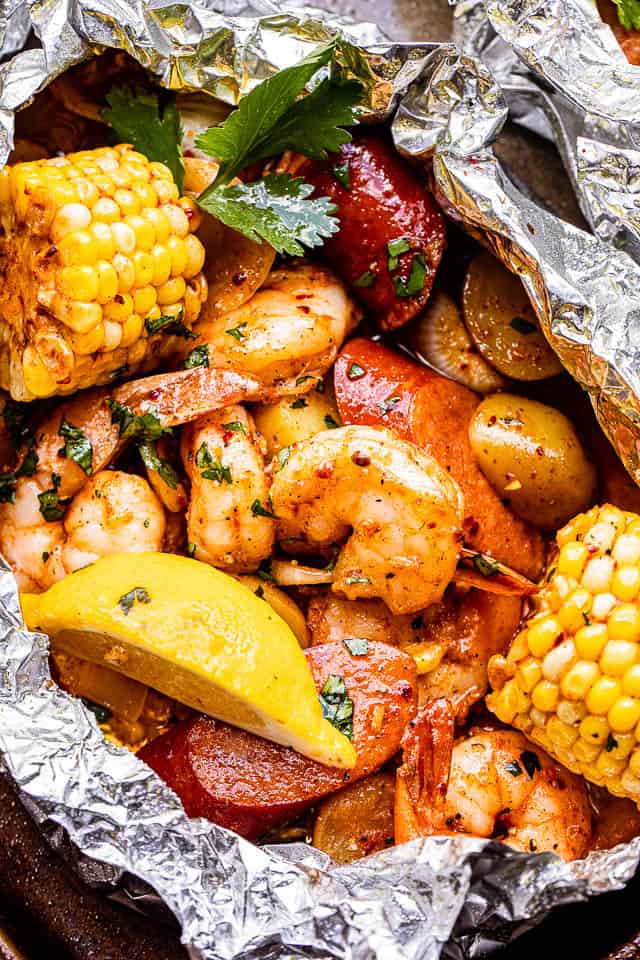 This shrimp boil recipe could not get any easier. Everything cooks in one pot before it’s grilled or baked in foil! This dinner is a versatile family meal that’s portioned evenly before it’s done cooking. Thus, everyone can count on getting their fair share of deliciousness!

What is a Shrimp Boil?

A classic Cajun shrimp boil involves sausage, shrimp, corn and other veggies boiling together in one big pot. Like every good Southern dish, it’s filling for your belly and full of seasoning for your taste buds. 🍤

This recipe is great for beginners and gourmet chefs alike. It’s a crowd-pleaser even for people who aren’t fond of seafood.

Why Cook Shrimp in Foil Packets?

No one wants to deal with a pile of dishes after chowing down on a tasty dinner. By cooking shrimp in foil packets, it’s not only mess-free, but it’s also easy to handle. You don’t have to worry about losing any juiciness or seasoning while your shrimp is on the grill.

Plus, everyone gets their own serving in their own silver package! 📦 AND! Shrimp Boil in Packets is an awesome camping recipe. 🙌 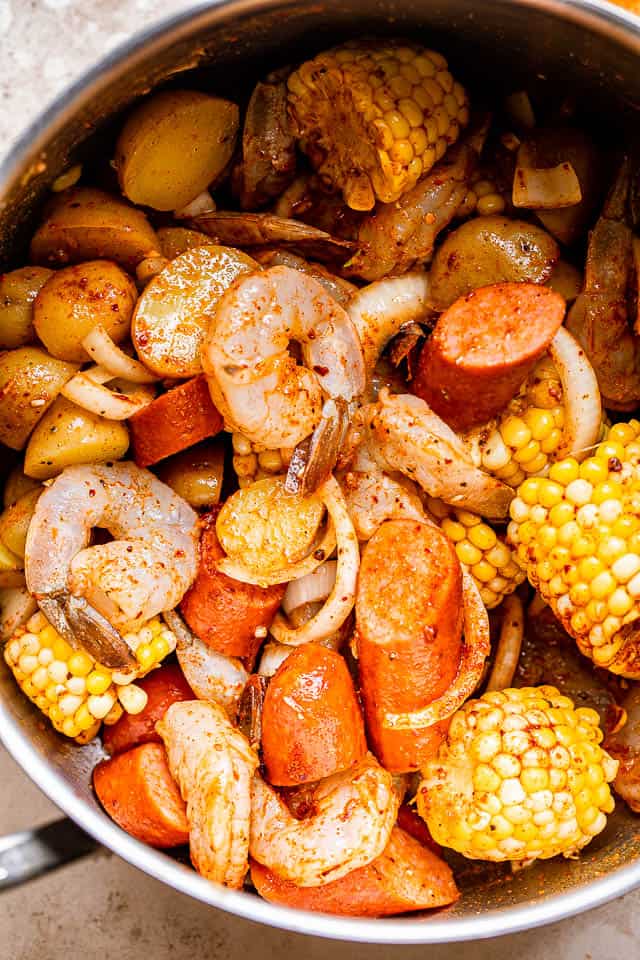 How to Make Grilled Shrimp Boil in Foil Packets

There are a few ways to go about this shrimp recipe. Grilling is the classic method, but it also tastes amazing when cooked in the oven. Whether it’s barbecue season or too cold to grill, shrimp boil is a great dinner option! 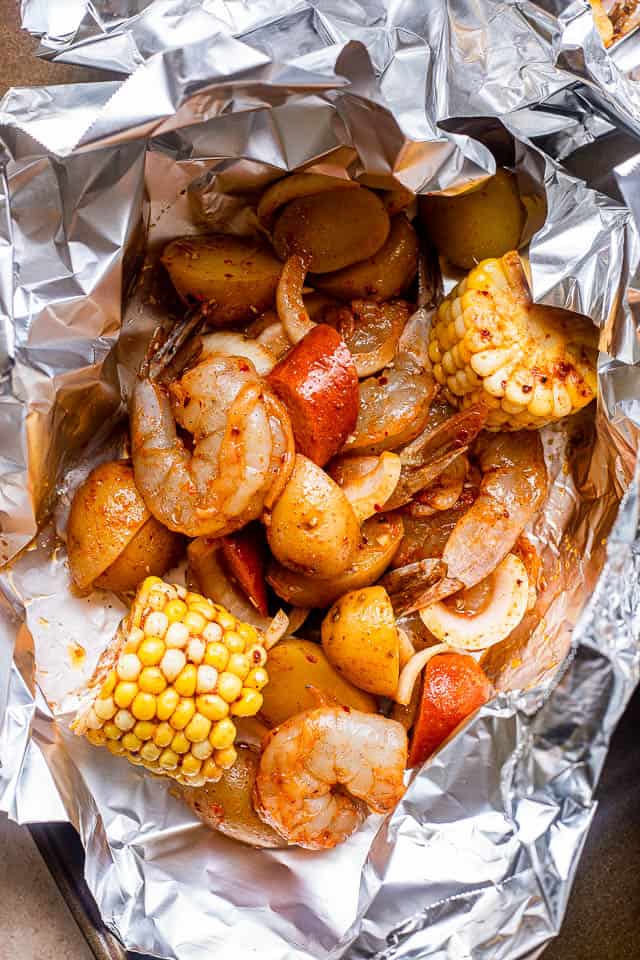 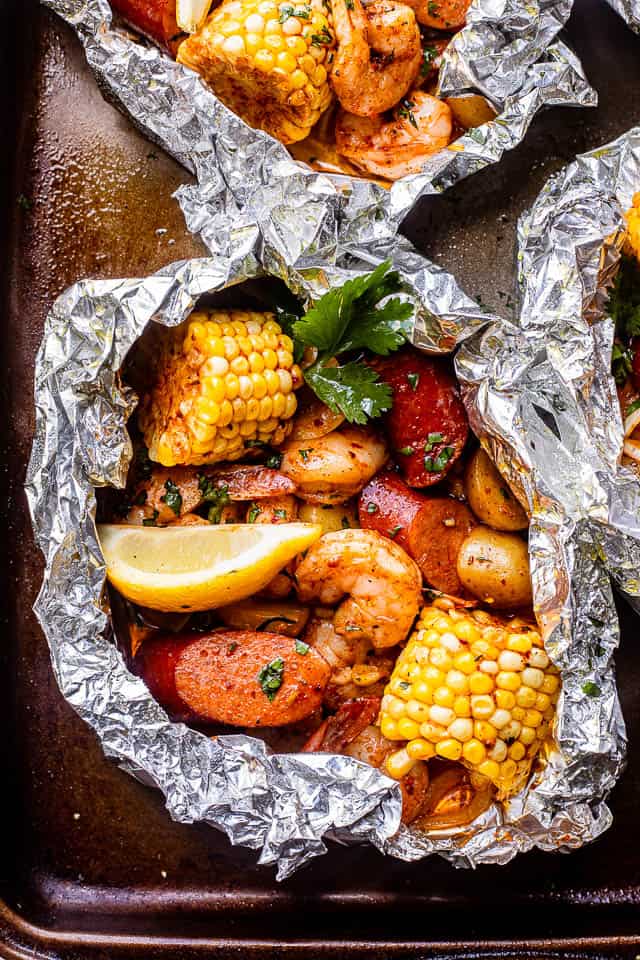 Tips for the Best Shrimp Boil

This recipe certainly doesn’t need a side dish, but there are a few things that go so well with it, I have to mention them! 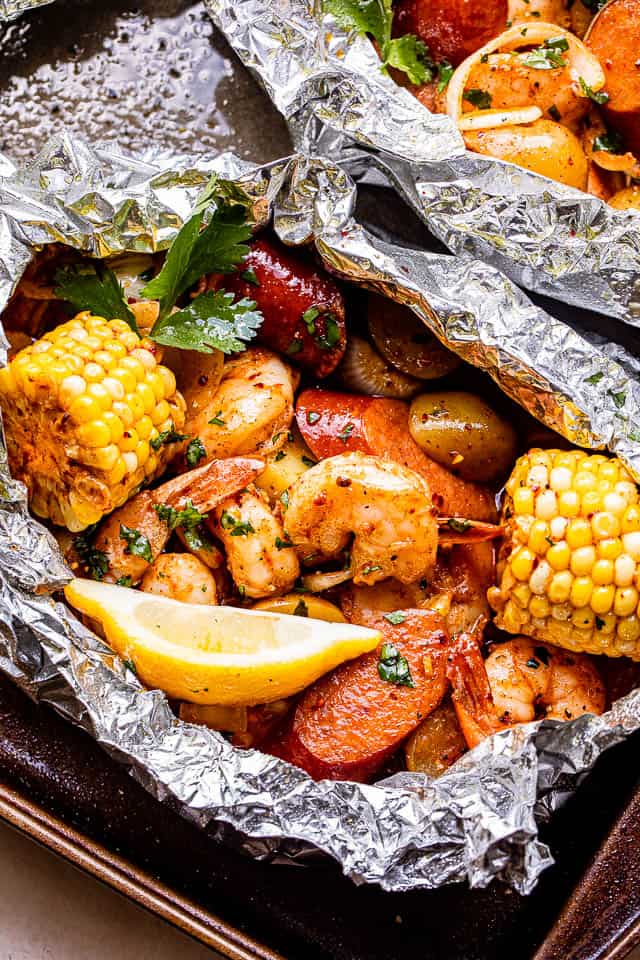 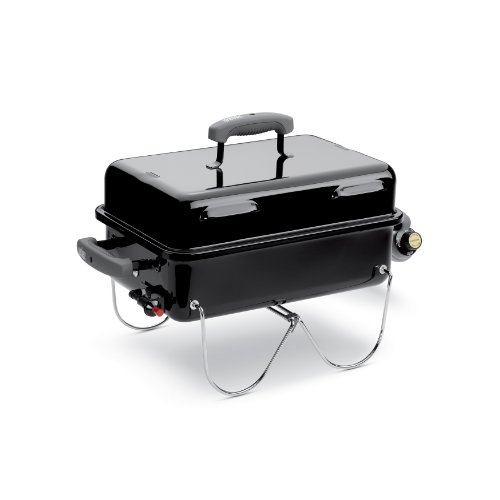 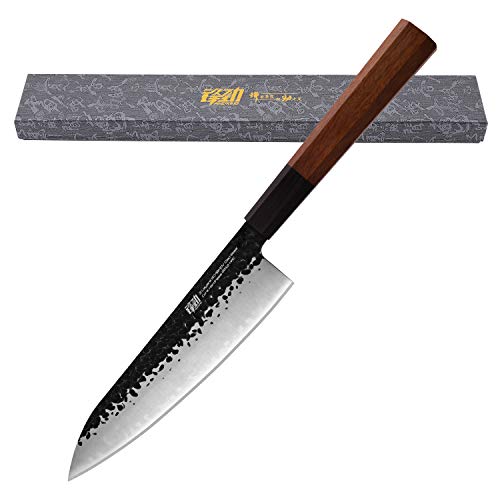 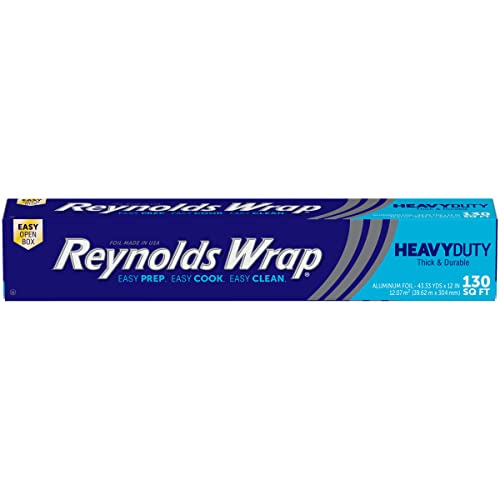 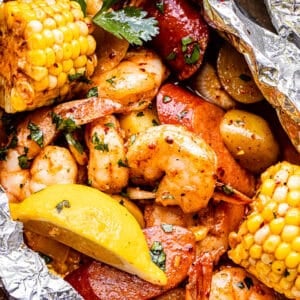