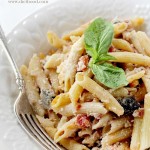 Easy, quick and cheesy Baked Eggplant Penne Pasta is made with chunks of eggplant, ricotta, mozzarella, and tomatoes! This penne pasta bake is so delicious and perfect for busy weeknights.

If you love penne pasta as much as I do, you should also try my Balsamic Penne Pasta with Asparagus and Tomatoes or my Creamy Spinach and Artichoke Penne Pasta. 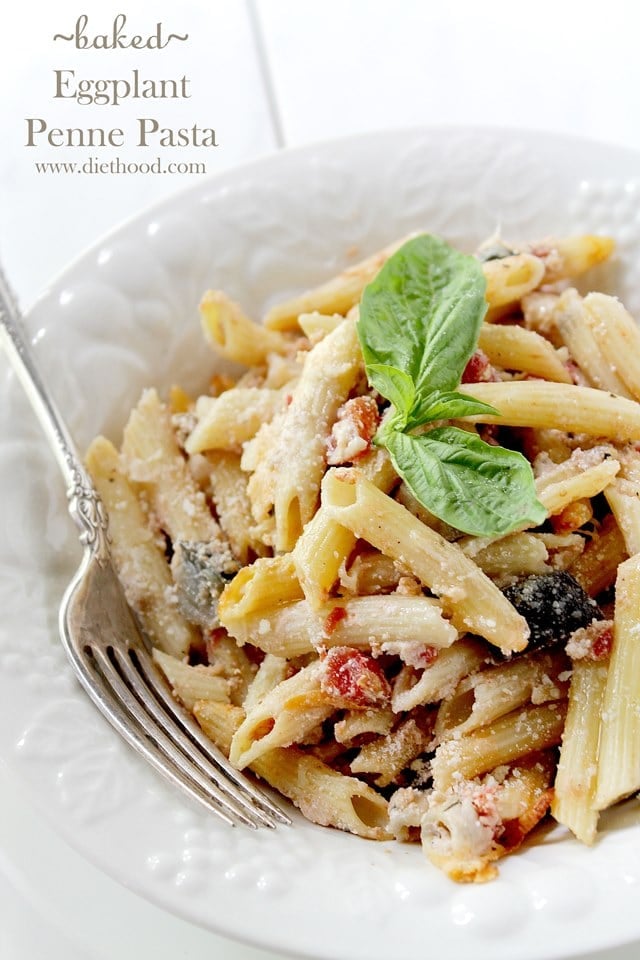 My Family Loves This Penne Pasta With Eggplant

I have developed a relationship of sorts with this penne pasta recipe. We meet a lot. Especially when my eggplants start to appear in my garden.

I find it kind of odd that I don’t post pasta recipes more often because, believe it or not, I make pasta at least thrice a week. My husband is a huge fan. If he could, he would live on my provencal spaghetti dish. Which reminds me, I need to share that with you. Maybe next week.

There are two things going on right now. 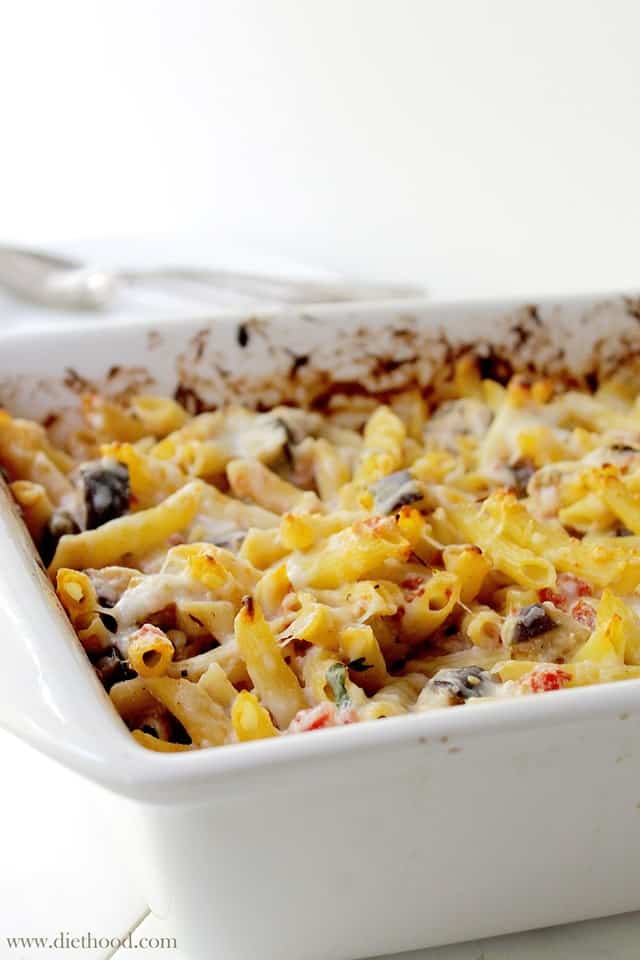 There’s a bee in the kitchen and I’m alone with the kids. Also, there’s Coconut Baklava sitting on my kitchen counter. The bee is buzzing all around it. She probably smelled the honey and is after me for consuming the darn thing.

Clearly, I am not going to go and fight the monster. The kids and I are downstairs, sitting in the corner, waiting for the bee to just disappear. HOW that’s going to happen, I dunno. At least I have my laptop with me so I can finish up my post. And Tangled is on repeat.

If you don’t hear from me in two days, send the bee keepers. Or firemen. I’m scurred. For reals. I don’t like being this close to a bee.

What is In This Penne Pasta Bake?

But, here’s what I want you to know about this pasta; It’s pretty amazing.

Why is it amazing?! Because it contains handfuls of shredded mozzarella and a whole tub of rrrricotta. Roll the “r” when you say that – sounds more authentic, ya know. Also, the few cloves of garlic make it that much better. Of course the eggplant. And the basil. And the tomatoes. This can go on forever – I mind as well give you the recipe. 😉 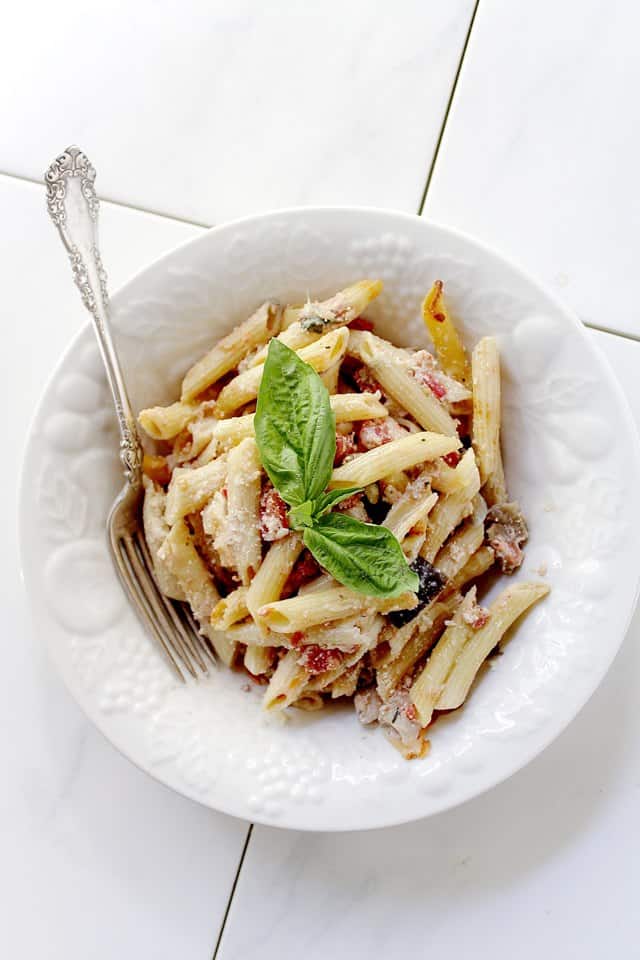 I should also add that this recipe makes a lot. If you don’t like leftovers, call the neighbors over for dinner. 🙂

Hope you are having a fantastic Sunday! 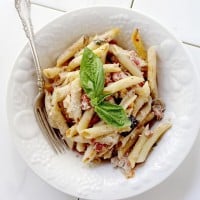