Cornbread Pancakes – Moist and soft on the inside, buttery edges on the outside, these pancakes will be your next favorite recipe! 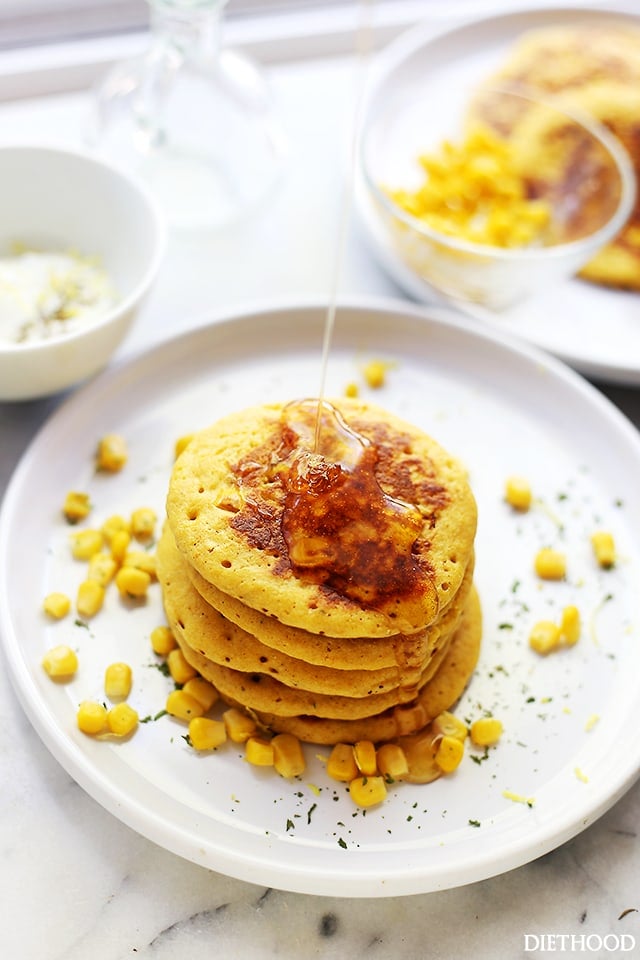 A.K.A. tonight’s brinner because, these pancakes swing both ways; sweet or savory! Hey Hi, buddies! How goes it? What do you think about welcoming September with a stack of Cornbread Pancakes? Yeah? I like it, too!! This is why we’re friends. 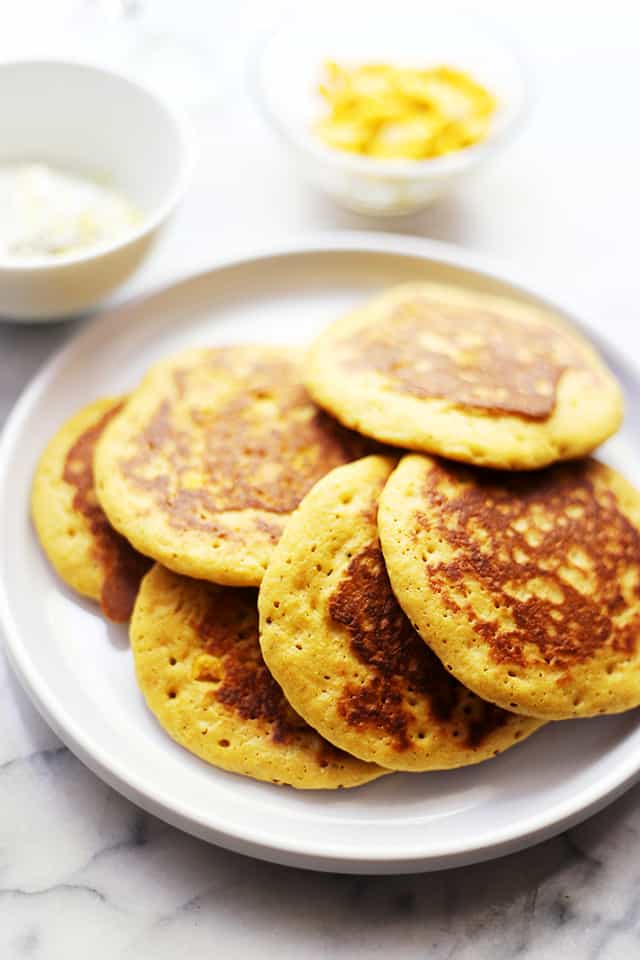 So, I’m not sure if I’ve shared this tidbit before, but I make a lot of pancakes in my house. Well, more like a lot of crepes, but still, those are pancakes, too… But, anyways. A few weeks ago I had made the perfect cornbread ’cause, with all the Indiana corn in August, what else are you supposed to do? Exactly. 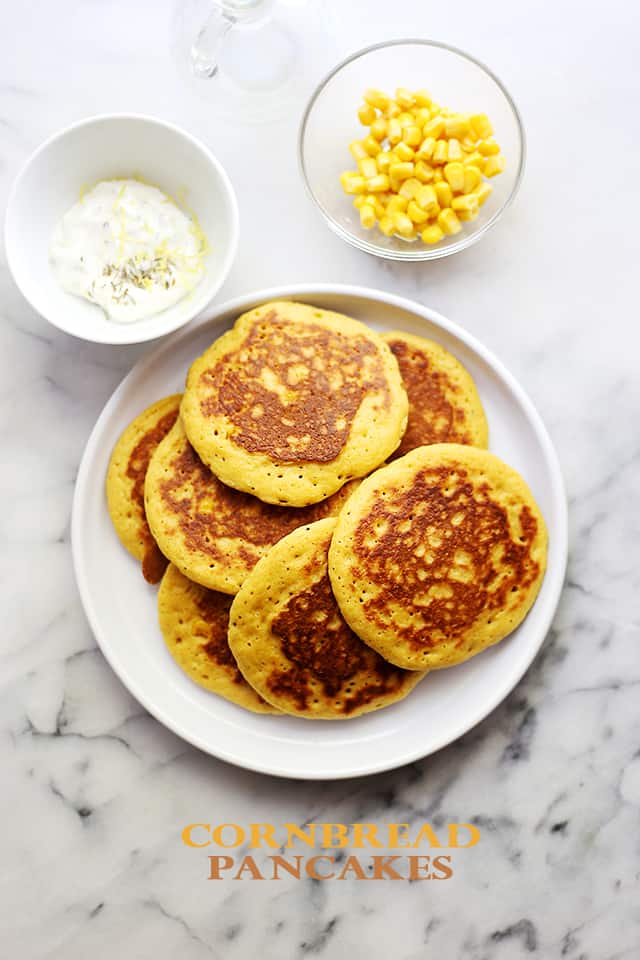 As I was chomping down (inhaling) the cornbread, piece by piece, I kept on thinking about how much cooler I would be if I had made cornbread pancakes, instead. P.S. It was a fabulous idea. All I could think of was fluffy pancakes with crunchy texture, and butter, and sour cream, and whatever else I could put on there. Couple of days later I took my idea to the kitchen and heaven happened. The pancakes were all hot and steamy, and the butter was melty, and the honey was running down the sides, and it was just… heavenly. 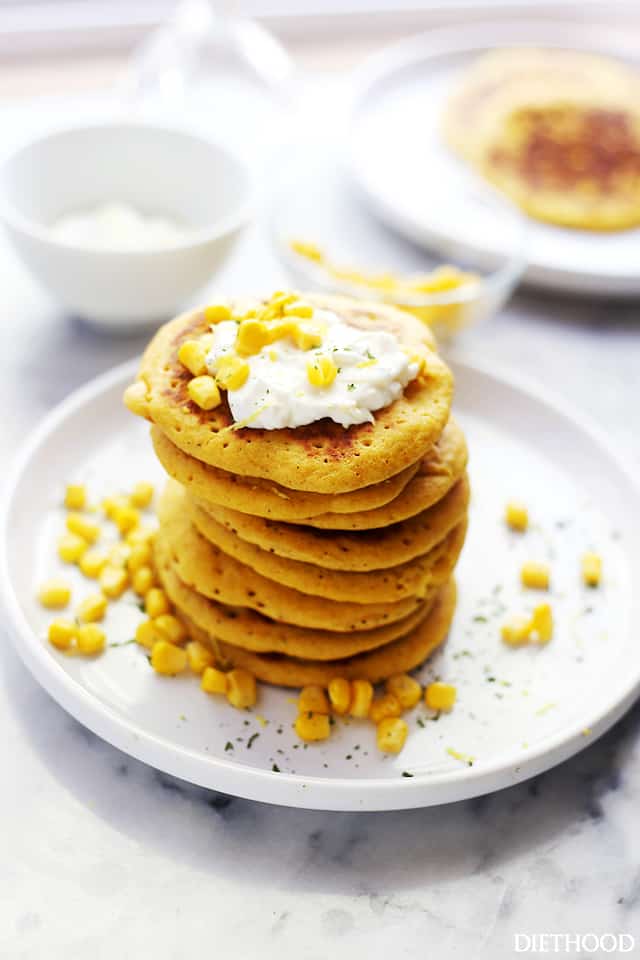 But, wait! It gets better. Because I’m crazy for food that is served as brinner (breakfast for dinner), we enjoyed THESE pancakes (the ones that you’re lookin’ at)  for supper and topped them with a sour cream herb sauce. SO GOOD! Okay, now I’ll stop talking. Okay, now let’s have brinner! Or brunch. Or both! I’m down with that. 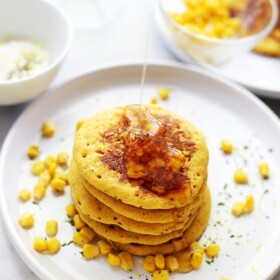 For the cornbread pancakes
For the sour cream herb sauce

Course: Breakfast
Cuisine: American
Did you make this recipe?Take a pic and let us know how it was! 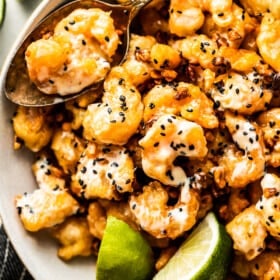 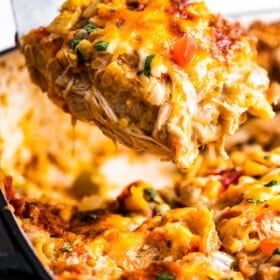 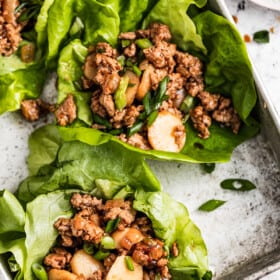 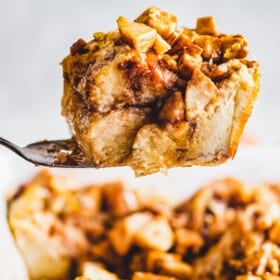