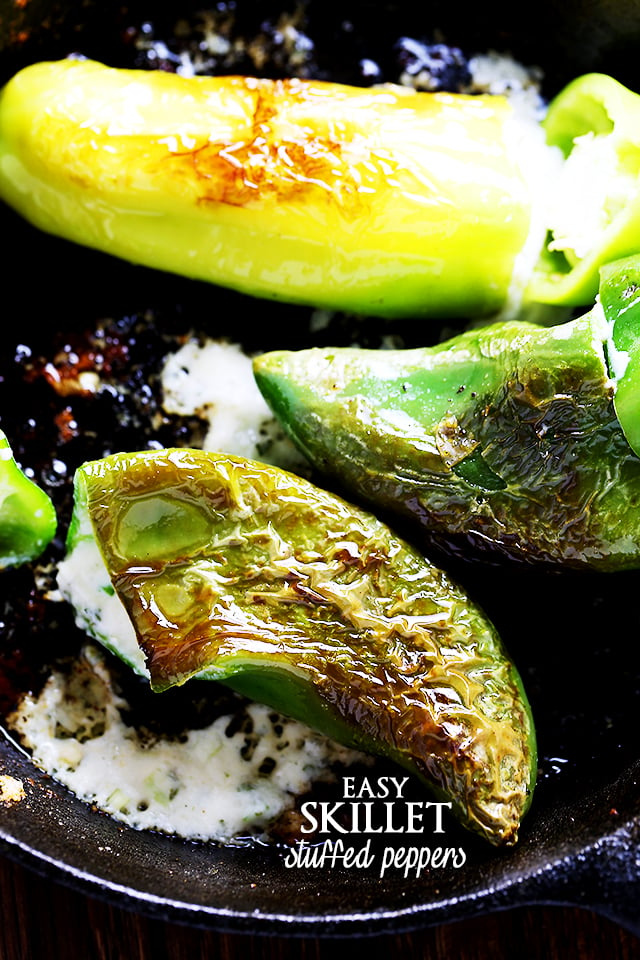 Easy Skillet Cheese Stuffed Peppers. As in: Can’t be bothered with parboiling the peppers? Does browning the stuffing for peppers have your eyes rolling? Don’t want to deal with baking bell peppers in the oven for forever?
Well THEN this is YOUR type of stuffed recipe! For just $14.99 you can have all of this plus a bunch of 20 items you’ll never use FOR FREE!

Sorry I got carried away. It’s the saleswoman in me…

And there’s no charge! 😀

‘Suuuup? Happy Happy Day, everyone! If you’re day ain’t goin’ quite as planned, crank up the Fight Song by Rachel Platten, then go and duke it out with whoever is giving you grief. The song comes with unforeseen negotiating powers. 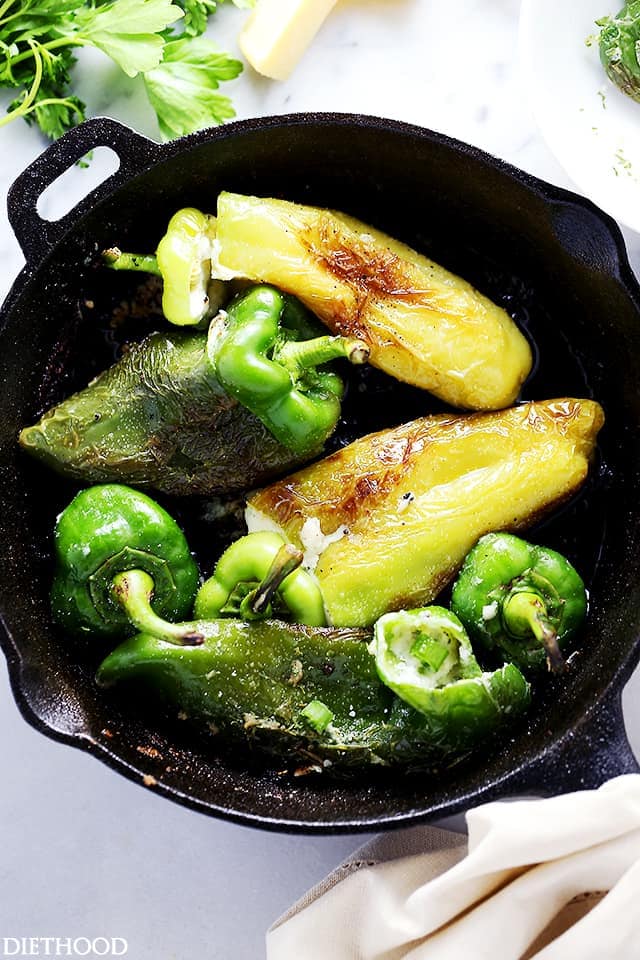 In food news: If you’re wondering about my one-skillet, 30-minute-dinner game plan, like you’re curious if I just open up my fridge, pull out a bunch of  ingredients and throw them in the pan, you’d be right! Buuuuut, this wasn’t one of those times.

THIS recipe for skillet cheese stuffed peppers is actually one that my Baba (grandma) used to make for me right around the end of summer, and right before her banana/cubanelle/anaheim peppers turned red. She had all pepper-varieties growing in her garden. Matter of fact, Macedonians have huuuuuge gardens and 3/4 of their garden is always peppers because, Ajvar. ’nuff said.

Of course, Baba Z also made her own urda (ricotta) AND feta cheese, and spices, and clay pots… and tobacco!… and soap! She made everything herself. Impressive, eh? If she was alive today, she’d be bankin’ it on Etsy.

Her cooking though was da bomb, including these stove top skillet stuffed peppers. 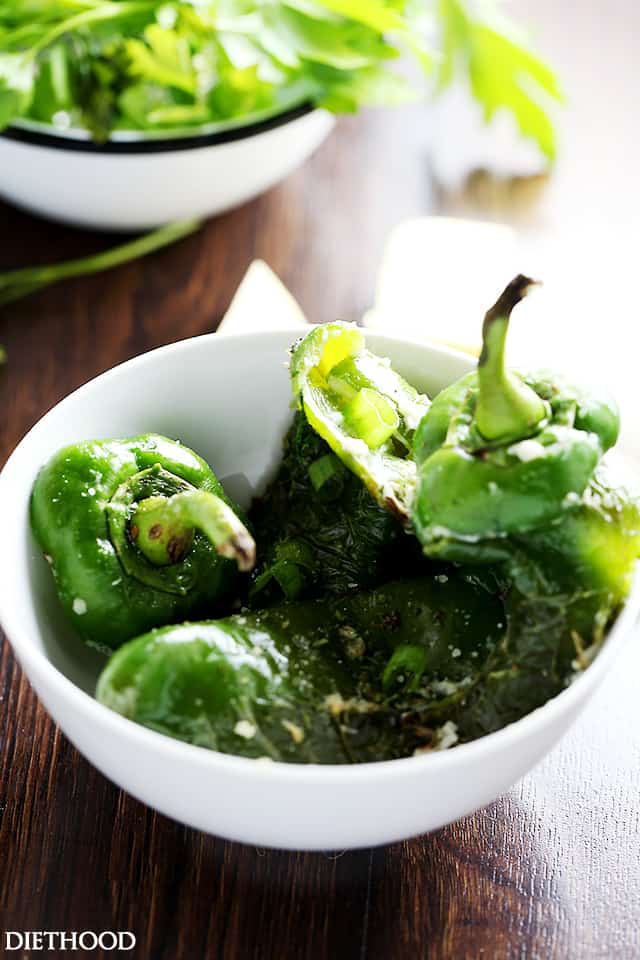 While you can probably make these with your eyes closed, allow me to break it down for ya.

Get about 8 banana or cubanelle peppers. Cut the tops off and clean out the seeds. In a bowl, throw together a tub of ricotta, some grated parmesan cheese, green onions, garlic, etc… mix it up, stuff it into the peppers, transfer it all to a hot skillet, turn them peppers over a couple of times, bada bing bada boom, done! 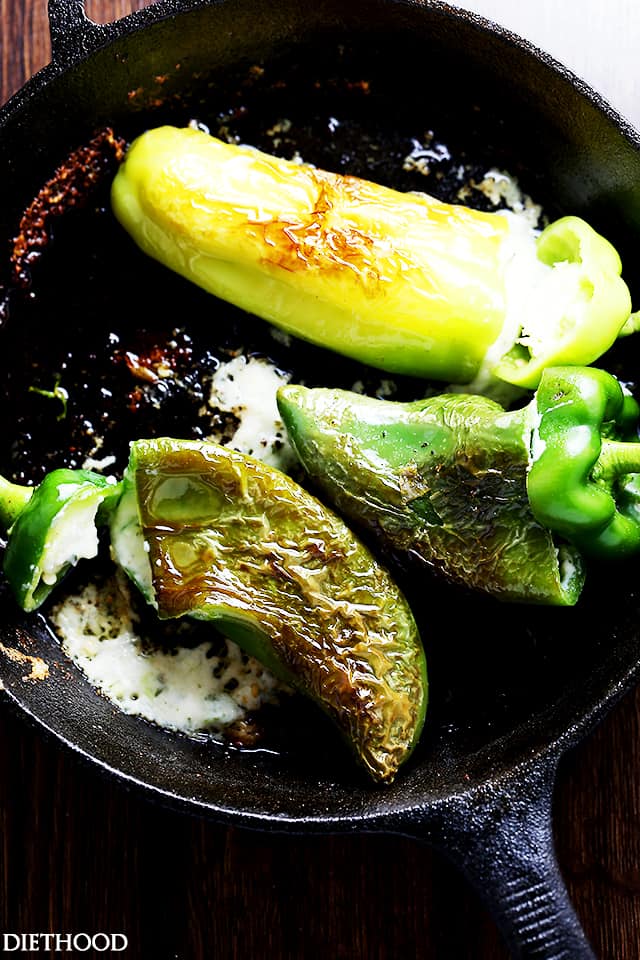 Annnnnd the only thing that I can think of that will make these skillet cheese stuffed peppers better is adding a BIG leafy salad to go with it all. Or a big sirloin steak. Your choice, always. 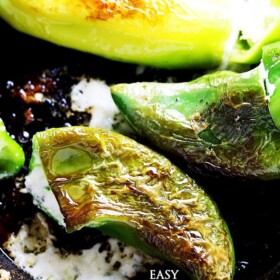 Course: Sides
Cuisine: Macedonian
Keyword: cheese stuffed peppers
Did you make this recipe?Take a pic and let us know how it was! 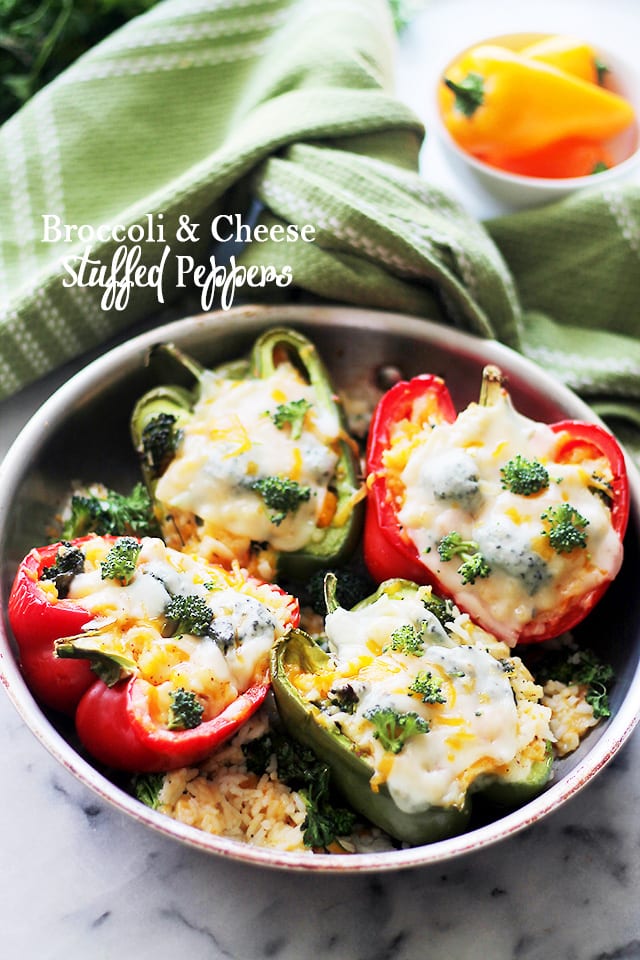 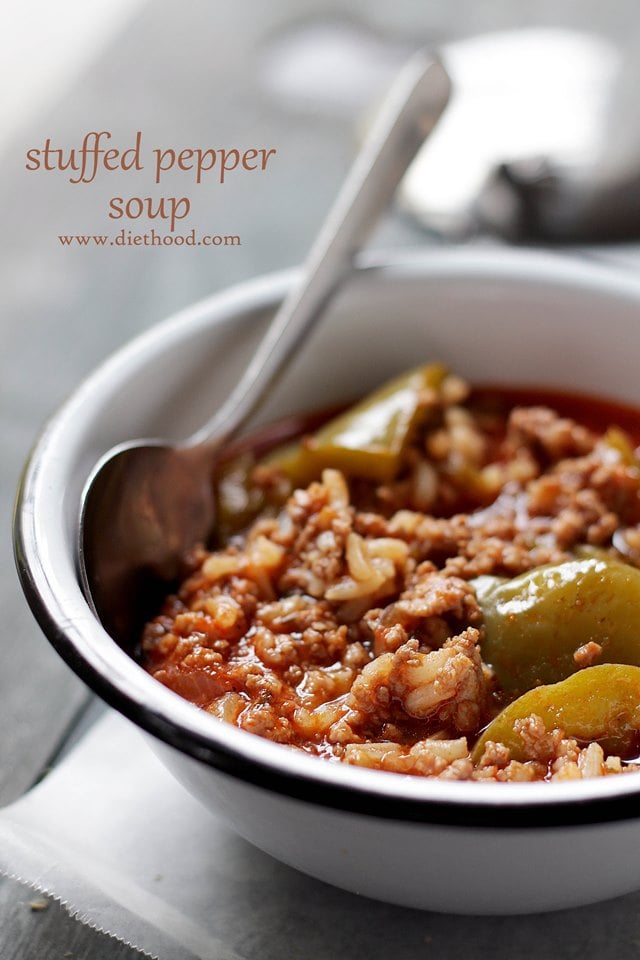 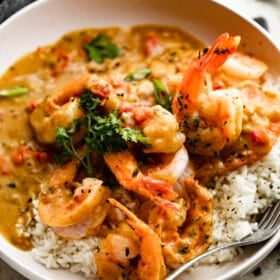 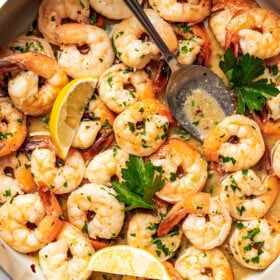 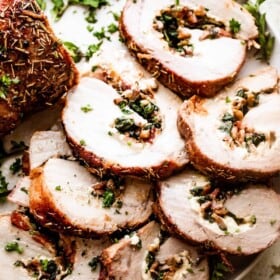 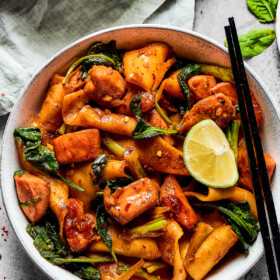