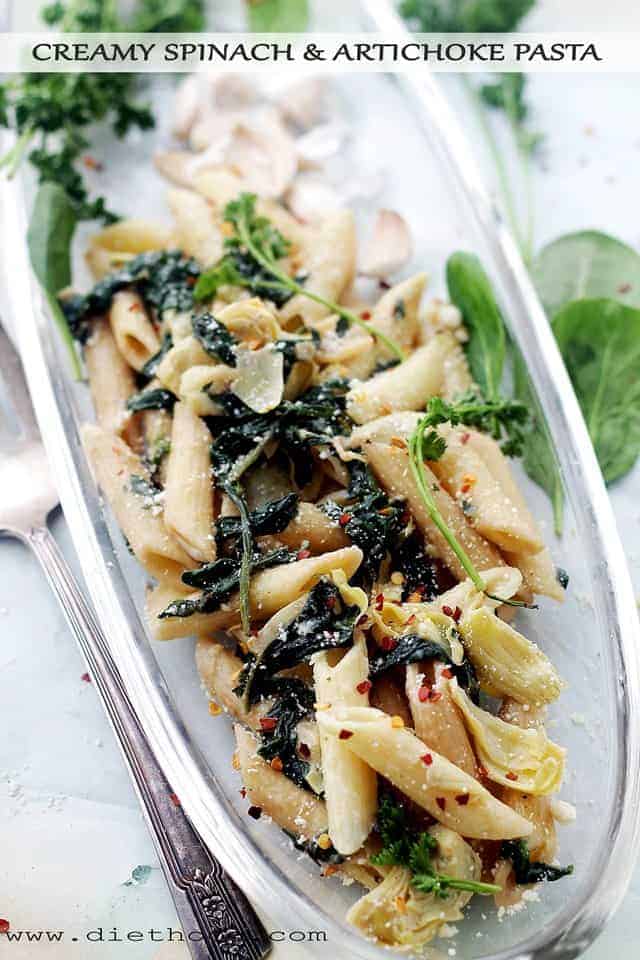 On a scale from WHOA! and WHOOOOOOA!, this pasta dish was WHOOOOOOOOOOOA! 11-O’s to be exact.

Creamy, garlicky, cheesy…goodness. I can still taste it.  Spinach and Artichokes were meant to be. They are like Mike and Boner. Brenda and Dylan. Wayne and Garth! 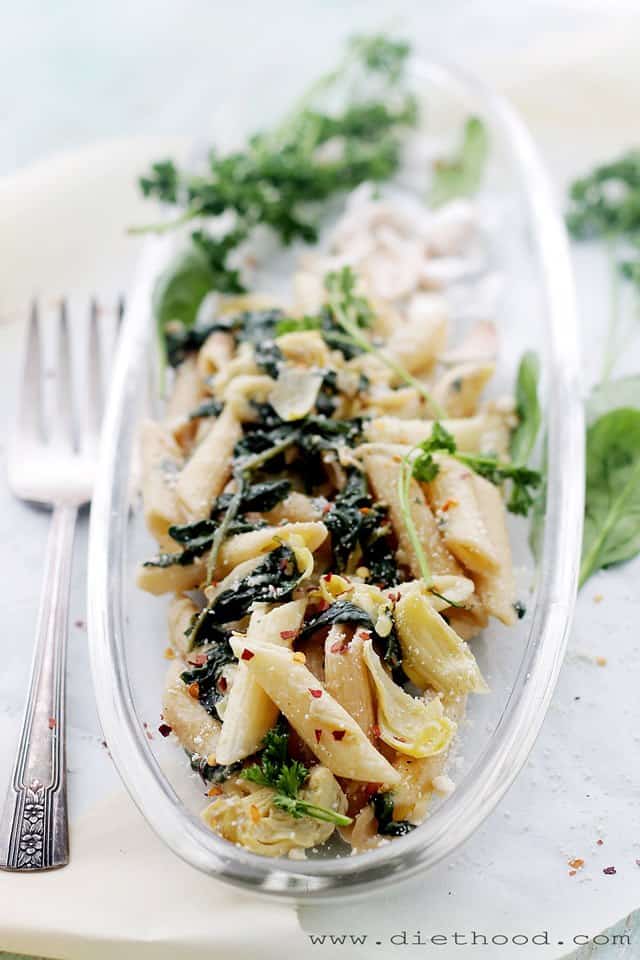 I am in a major spinach/artichoke infatuation. Knee deep. It just tastes so good because, no matter how I incorporate the two, it always tastes like I’m eating a big fat bowl of Spinach and Artichoke Dip.

By the wayz, have you tried my Spinach and Artichoke Dip Pizza??? You must! It’s SO GOOD!

However, this recipe is a result of me standing in the kitchen, with the fridge door(s) wide open, trying to figure out what to do with spinach, lotta cheese, and a can of artichokes…

The end product? This dish! It left us speechless. Not because we didn’t have anything to say – oh no, we ALWAYS talk – but because we didn’t want to come up for air. It was stuff-your-face fest. Quite entertaining, to be honest. 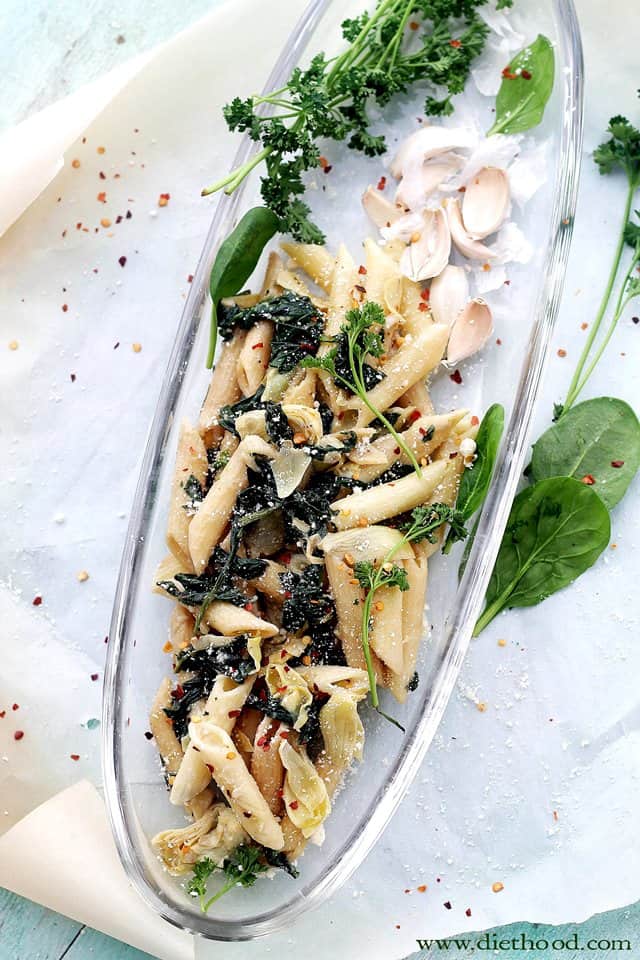 It would probably be a great idea for you to go and make this today. It comes together rather quickly. Cook the pasta, cook the spinach, sautee the artichokes, make the sauce – done! 30 minutes, give or take. Best Sunday dinner. 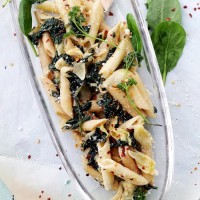 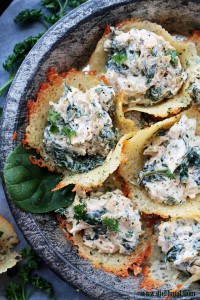 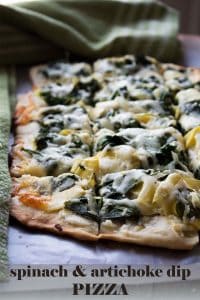 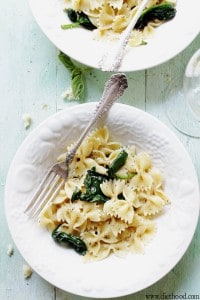