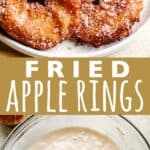 These Fried Apple Rings are a quick and delicious snack! Made with sliced apple rings dipped in pancake batter, fried to a crisp, and topped with sweet cinnamon-sugar. They are pretty much the definition of irresistible! 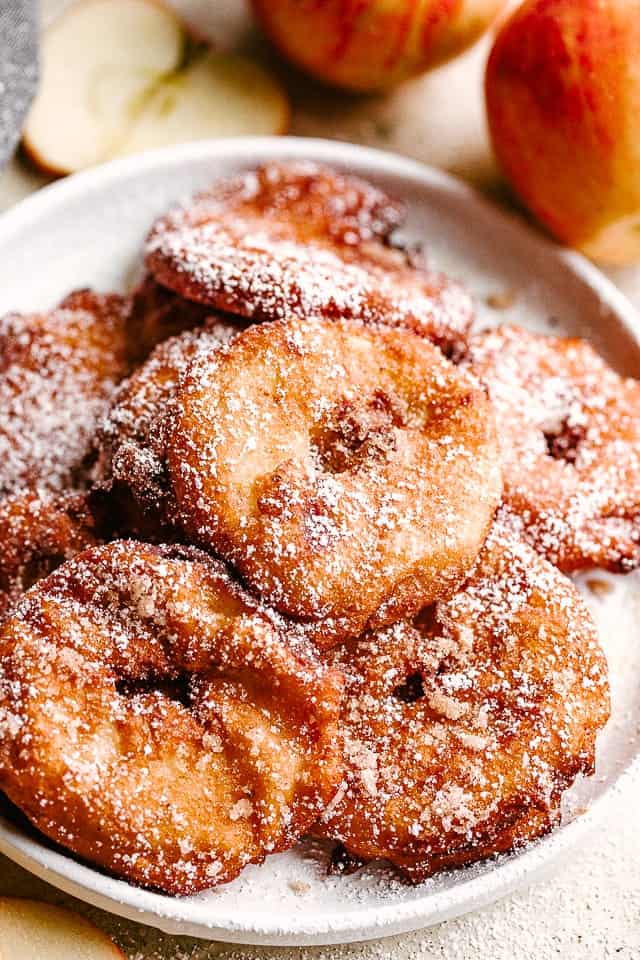 Happiest of Fridays, friends! I think Fridays need to be a National Holiday. Everyone celebrates this day, anyhow!

When I worked in the big city of Chicago, a bar nearby used to have Happy-Hour-Fridays. All day Friday was happy hour. 😃 Happy prices, happy people! I was there twice on Fridays – lunch time and after work. If you’re reading, Hi Boss! 😉

I also think that Fridays need to come with a sweet weekend recipe because, as we all know, weekend calories don’t count. 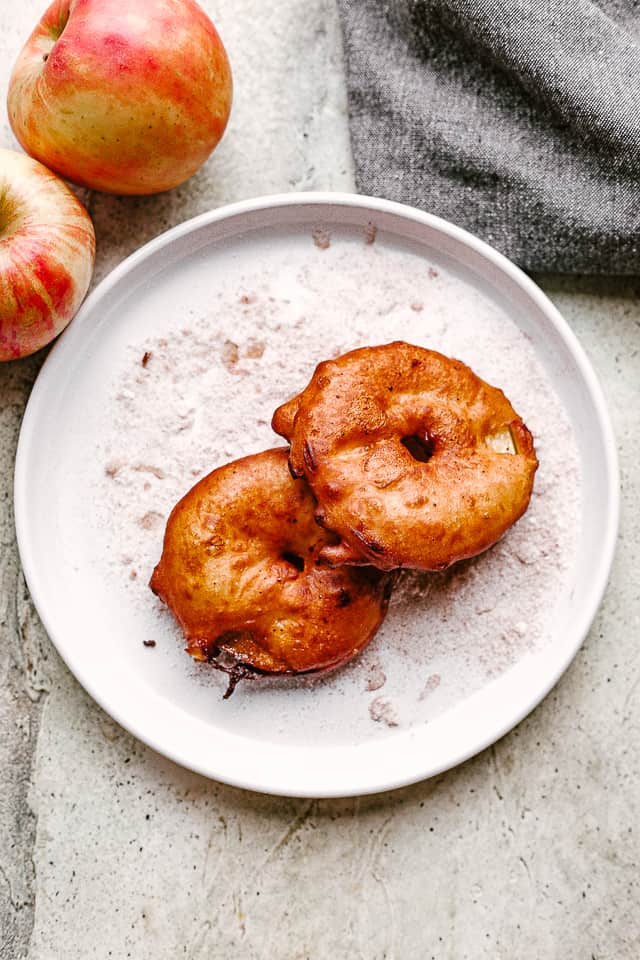 Fried Apple Rings or Apple Fritters are my kids’ favorite Sunday breakfast. Can you see why?! Becaaaause, it’s apple slices covered in pancake batter and fried to a crispy and sweet perfection! It’s like a donut + a pancake + a baked apple = all into ONE!

My mom makes killer onion rings so I asked her to give up the recipe for the batter. The lady was more than happy to let me have it, but she wasn’t all too happy with me to use the same batter with apples. For some reason, she just wasn’t having it; “The batter is too thick…it’s not sweet…it won’t work” … la di da di da

Well, needless to say, she LOVED these apple rings. Truly, loved! She just kept going back for more. But so did I! They are best while hot, but I still enjoyed them later on that night, when everyone went to bed. 😍 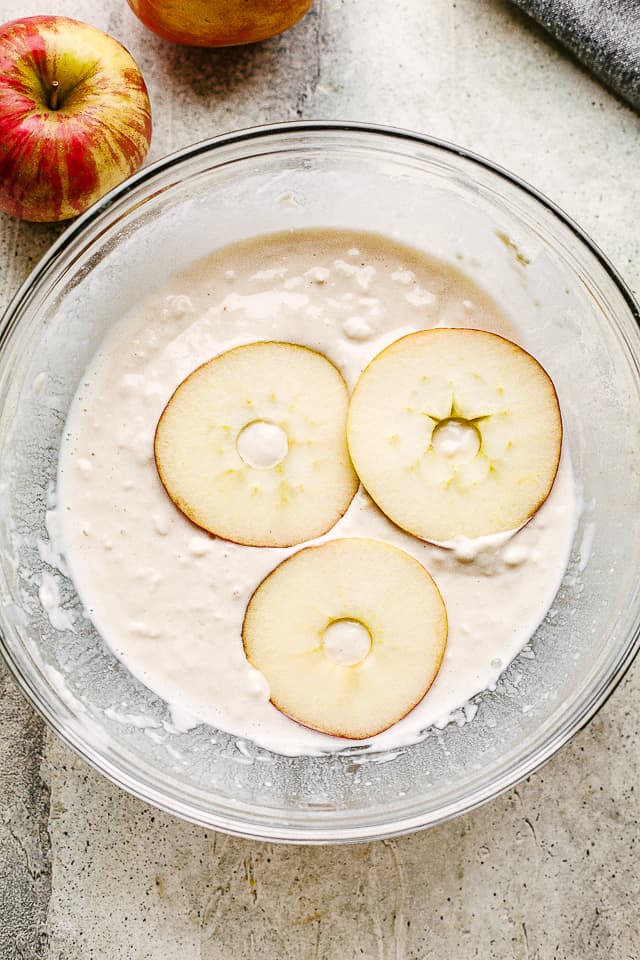 HOW TO MAKE FRIED APPLE RINGS 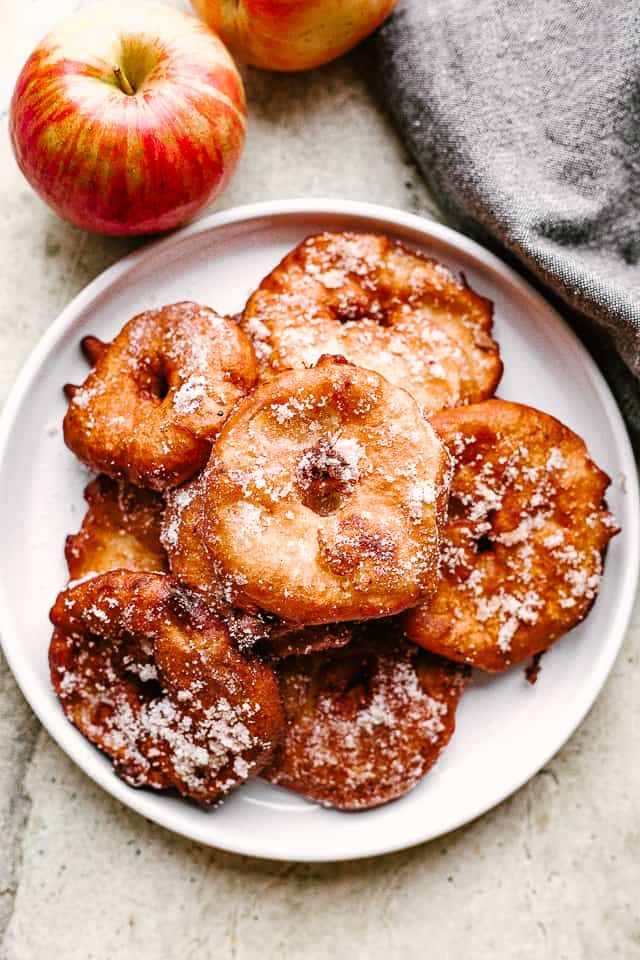 Tomorrow morning wake up before the rest of the fam and get on this. You won’t even need to wake them up. The smell of State-Fair fried food will do that for you. Which reminds me, open up the windows while working on this deliciousness – your neighbors will thank you. 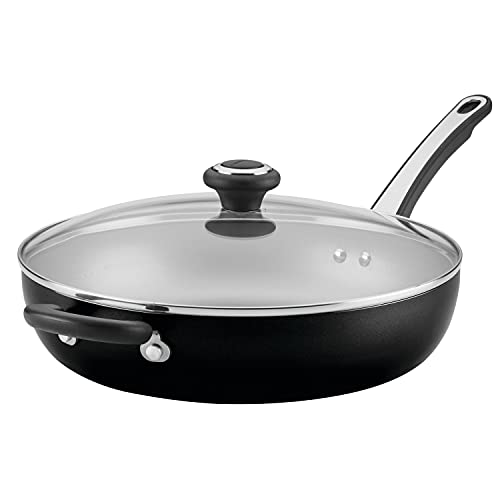 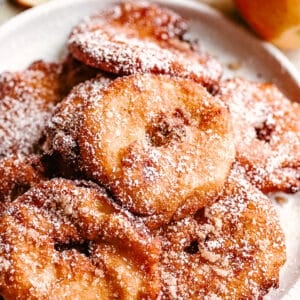