Diethood » Sponsored » On The Menu

On The Menu – A new food reality show on TNT featuring Emeril Lagasse, Ty Pennington, and the show’s contestants. 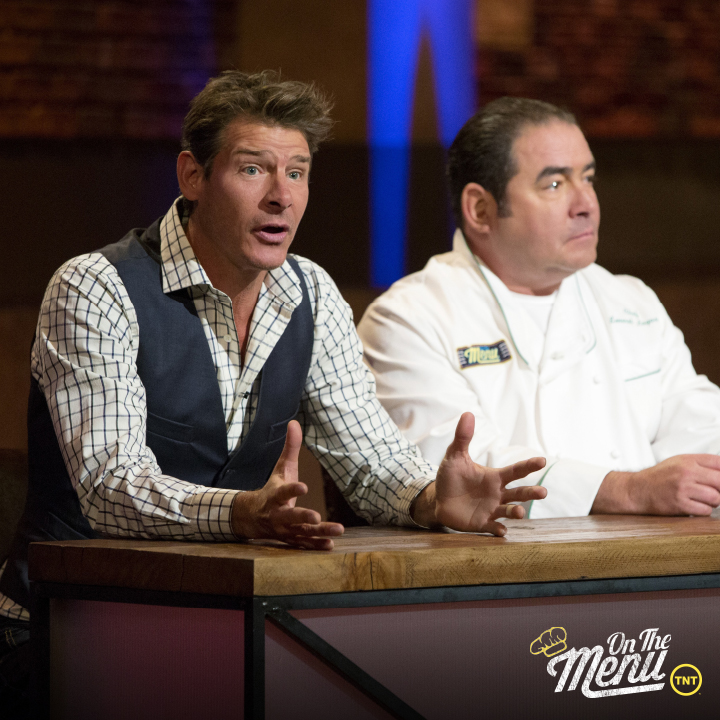 It’s Thursday! One day away from the weekendy-fun deal! I hope your week has been great, filled with donuts and lattes.

As you know, I like to talk about food. A lot.

I also like to prepare said food and eat thy food.

Which pretty much means that food and I are like *this*.

Once upon a time I cozied up next to the TV and got myself ready to watch a marathon of Godfather movies. One of my all-time favorites. Especially the First one.

As I was sitting there with my eyes glued to the screen, Michael (Al Pacino) came up and said, “Leave the gun. Take the cannoli.” And I thought: That’s exactly what I would do! I’d take the cannoli! Duh.

Next thing you know I’m shuffling through the channels, totally ignoring one of the best films ever, trying to find a food-program in hopes of them doing a recipe for cannoli.

At that point I knew that food and I were meant to be closer than just our per usual, open mouth-insert deal. 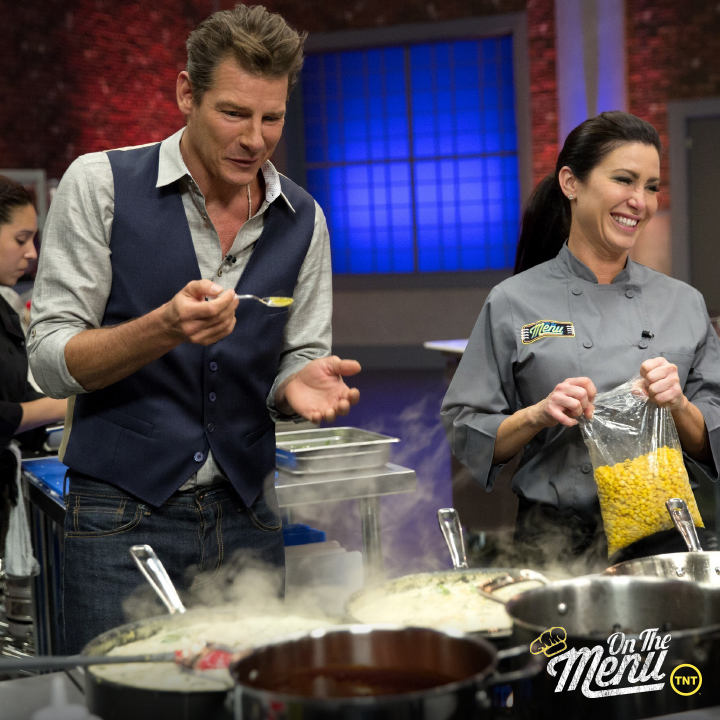 Thus, since I am generally at my best when I’m watching a cooking show, I can’t tell you my excitement for what’s to come tomorrow night! EEEK!

I can’t even. I mean, it’s Emeril. And TY!! Look at that; they don’t even need last names for you and I to know who we’re talking about. I can only imagine the energy between these two. They’re definitely going to be entertaining and pushing the limits.

Contestants on TNT’s new cooking show, On The Menu, will compete to create the next dish to appear on the menu of some of the best and most popular restaurants, like Chili’s, Denny’s, California Kitchen, etc… 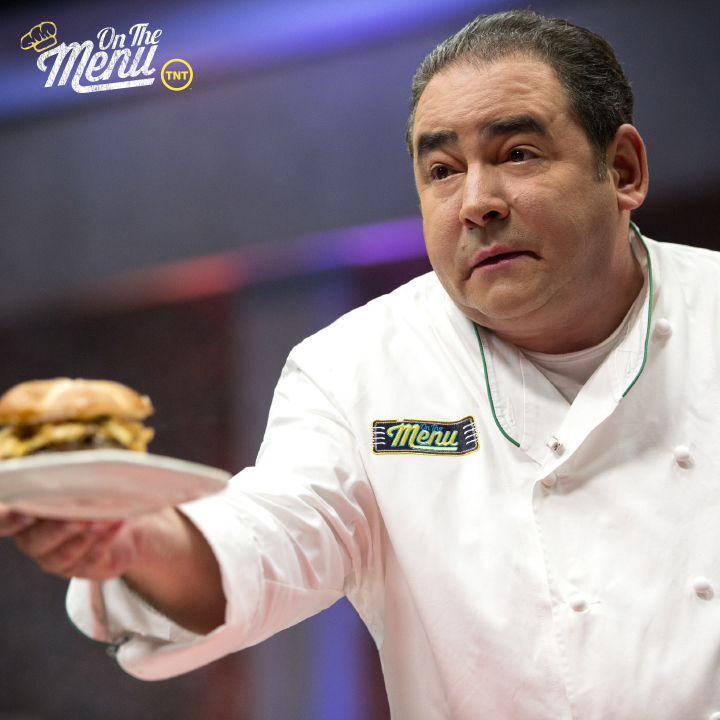 With the guidance of Emeril, competitors will be asked to create a new dish that is in theme with the restaurant’s current menu. Ty Pennington is going to be their cheerleader and confidant, helping them make it through their creation.

The best part is that you and I are going to get to watch the creation of the winning dish from conception to execution! I’m thinking about recreating some of those for the blog, too!

Also?! And if this isn’t the coolest part, ever! You can actually go to the restaurant the very next day to try the winning dish!! Isn’t that awesome?!

So here’s what you have to do. Remind Siri to remind you tomorrow night at 8/7-Central to turn the channel to TNT and watch the premiere of On The Menu. That’s Friday, October 3rd, 2014. Then, on Monday, I’ll quiz you. M’kay?

For more information about the show, you can connect and follow On The Menu on social media at:

Have a great Thursday and I’ll see you tomorrow! Buh-Bye!

This is a sponsored conversation written by me on behalf of TNT. The opinions and text are all mine.