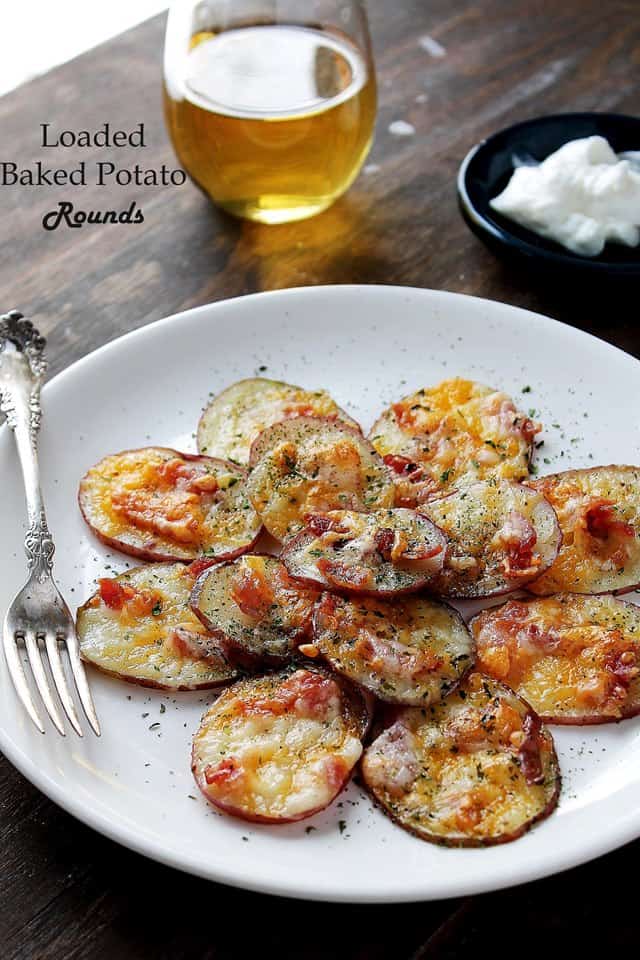 Loaded Baked Potato Rounds with thinly sliced potatoes, bacon and cheese. Is there anything better?! NOPE!

I really wanted to call these rounds of potatoes, Chips. I know they aren’t chips-chips because the potatoes are not crunchy, but they look like chips. And if I ever had to tell you what my favorite potato chip flavor was, I would say Loaded Baked Potato Chips.

Ever think about that; what would be your favorite chip flavor? But, like, one that is not out there, yet. I would pick Roasted Red Pepper (Ajvar) and Loaded Baked Potato. Do these two flavors already exist in chip form? They might. I’m not a chips-person. I like popcorn and pretzels. However, I would totally become a chips-person if those two flavors made their way to mah belly.

So, Loaded Baked Potato Rounds it is. 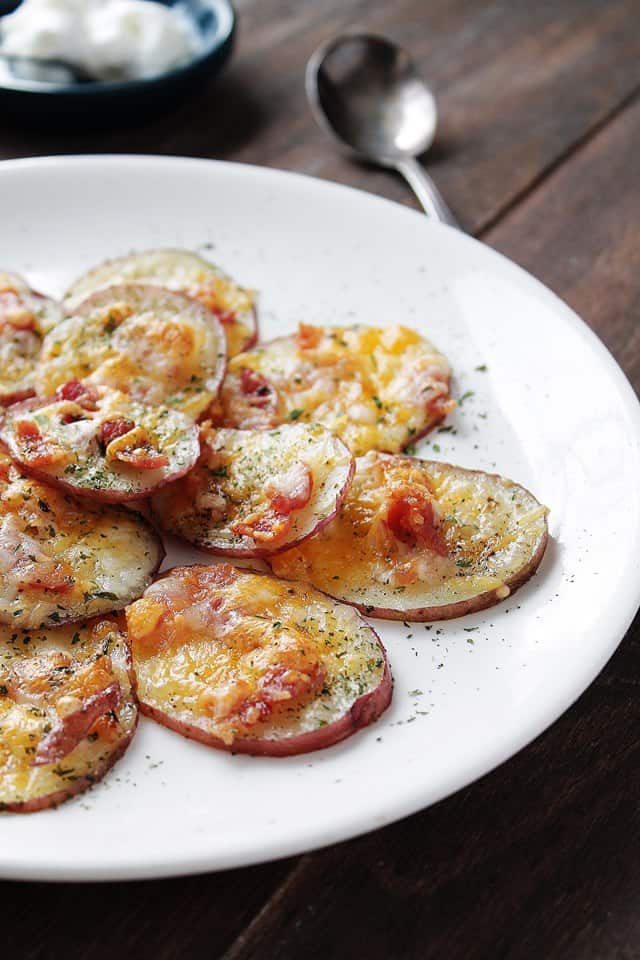 I love these little nibbles; it is a delicious snack that comes together in all of 30 minutes.

They often make their appearance around here, especially on those big game days; Super Bowl, World Cup, Real Housewives of Wherever Reunions, etc. 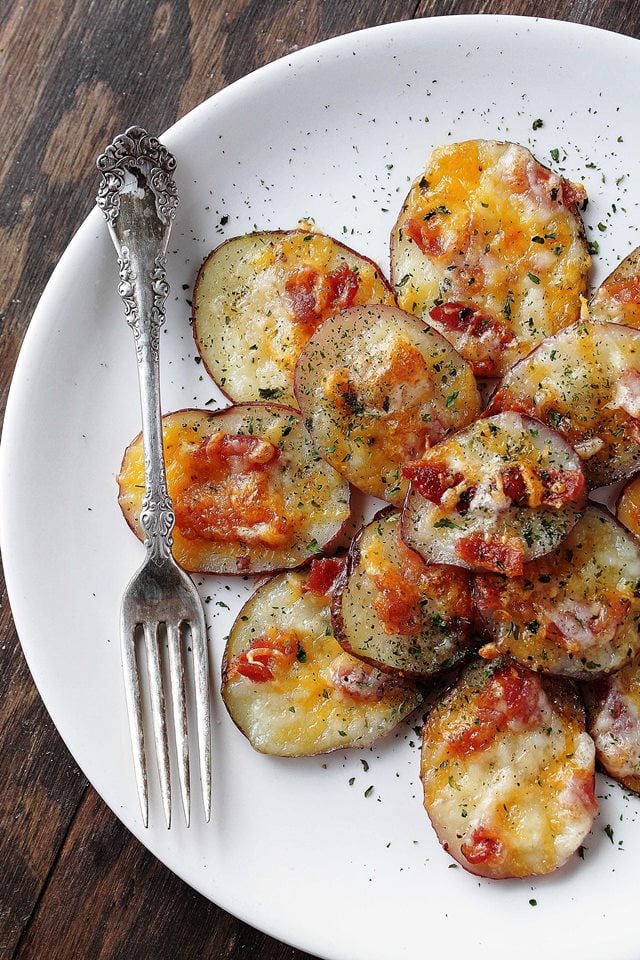 I also like to serve these with a side of sour cream sometimes, but that’s only on those days when I feel thinner. Or maybe I feel thinner because of my yoga pants, but whatever.
Go slice some potatoes and get on dis. Quick! 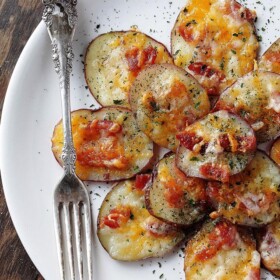 Course: Appetizer
Cuisine: American
Did you make this recipe?Leave a Rating! 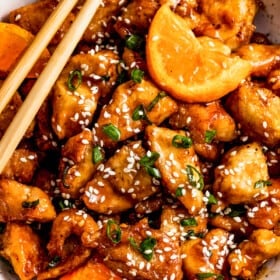 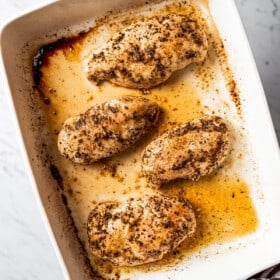 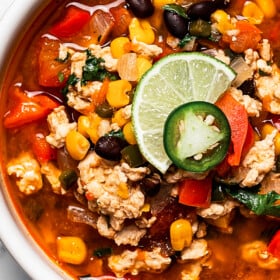 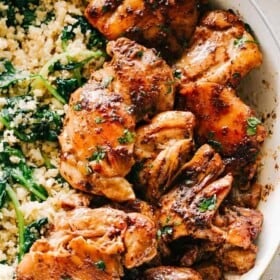