This is a Sponsored post written by me on behalf of Breyers Gelato Indulgences for SocialSpark. All opinions are 100% mine. 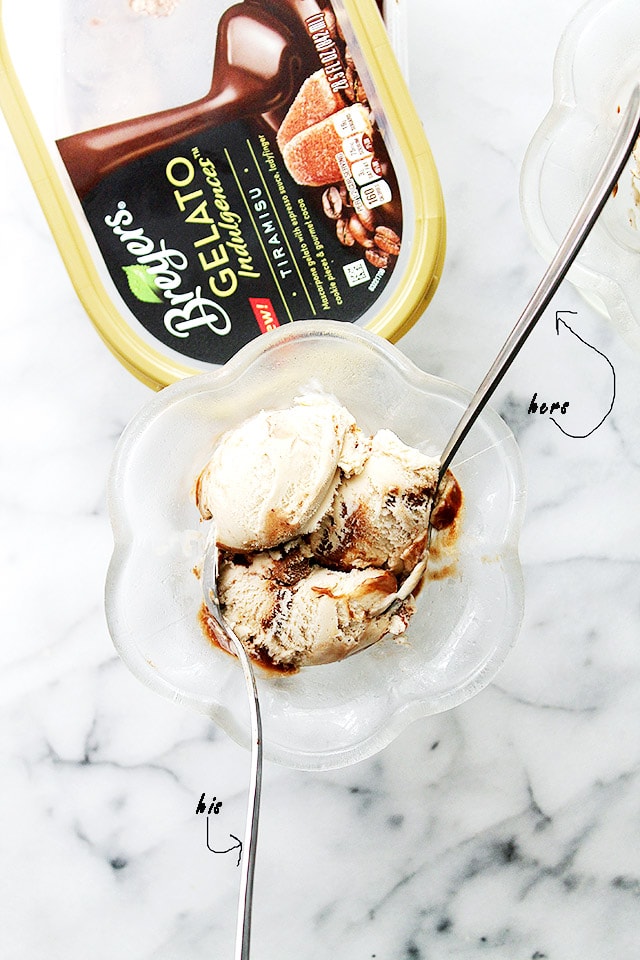 Do you have a “Thirsty” fridge? How about an “Ice-Creamaholic” freezer?

Truth: I have both. *That* refrigerator can be found in my garage, sittin’ all white and pretty, ready to be filled with my two favorite things!

What this tells you all is that;

By now, many of you figured that out, but, and in the voice of Chandler Bing: Have you SEEN the amount of ice cream that’s been passed around on zee bloggy?! 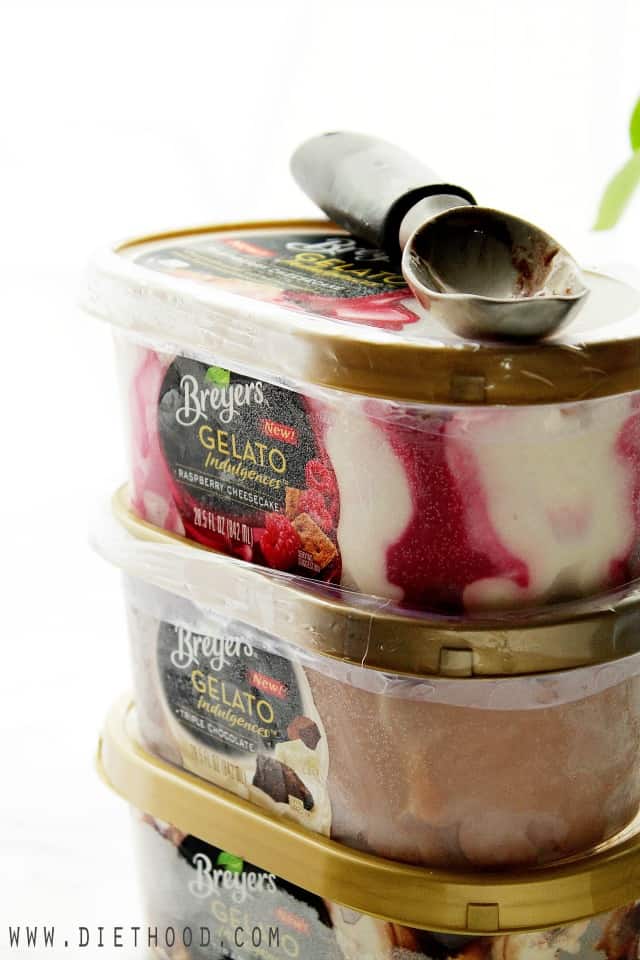 However, I think you’ll agree with this statement more; Gelato knocks my socks off! I mean, that IS what dreams are made of! Right? Right??

Recently, during one of our stay-at-home date nights, my husband and I basically inhaled a tub of Breyers new Tiramisu Gelato. We literally ate our weight in it. We were spoon-fighting for who was going to get to the next bite sooner.

Also? There was a movie on Netflix that we were supposedly watching… I can’t even tell you the title of it. THAT’S how involved I was in my gelato.
You can’t blame me – it’s mascarpone gelato WITH ESPRESSO SAUCE! AND ladyfinger cookie pieces… aaaand chocolate. I hear violins… 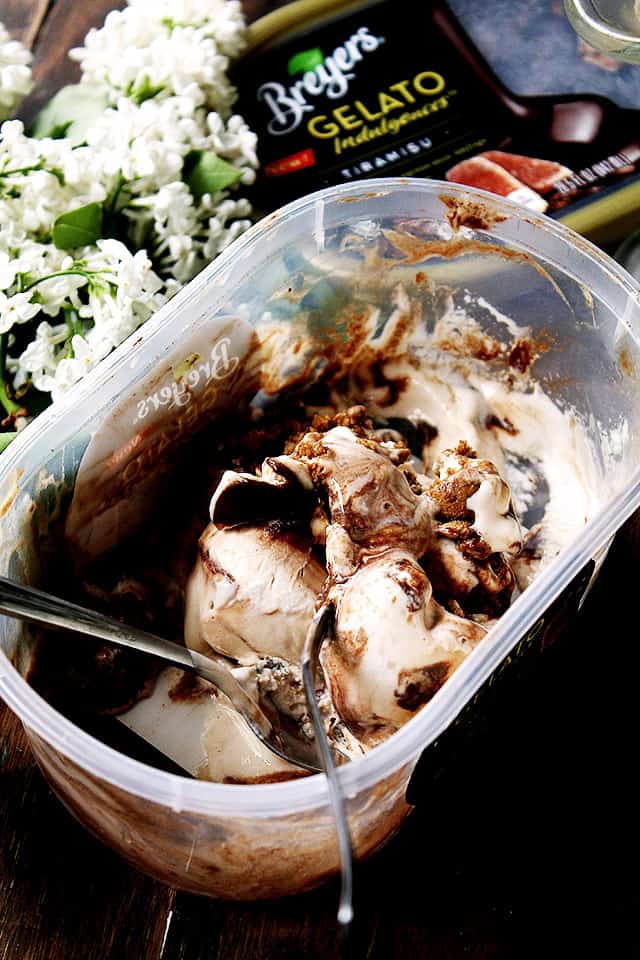 What happened the next night was even better. The plan was to only “sample” the rest of the Breyers Gelato Indulgences…

If “sampling” means inhaling a tub of Raspberry Cheesecake Gelato, well, then, I guess we did just sample.

Breyers Gelato Indulgences is available in four different flavors, including:

Which flavor do you think would impress your date?? My husband was all about the Triple Chocolate. The chocoholic in him couldn’t resist. There is dark chocolate in there, milk chocolate, chocolate shavings, AND white chocolate sauce. Choco-Heaven!

I, on the other hand, can’t say if one was better than the other. I am a fan of all 4 flavors. I was SO impressed! Then again, it made an appearance on “Parenthood”… ’nuff said. 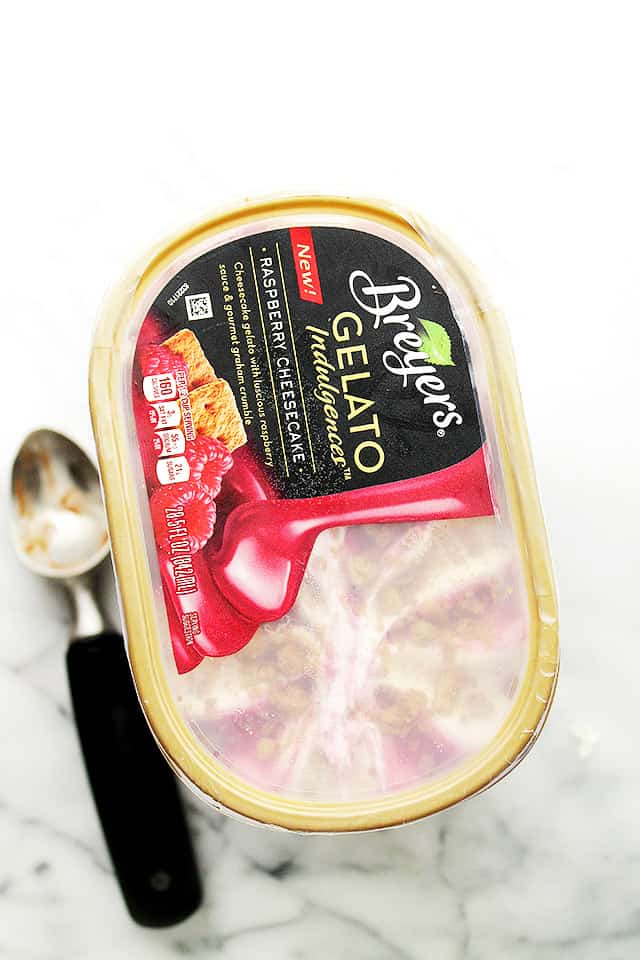