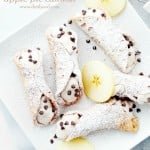 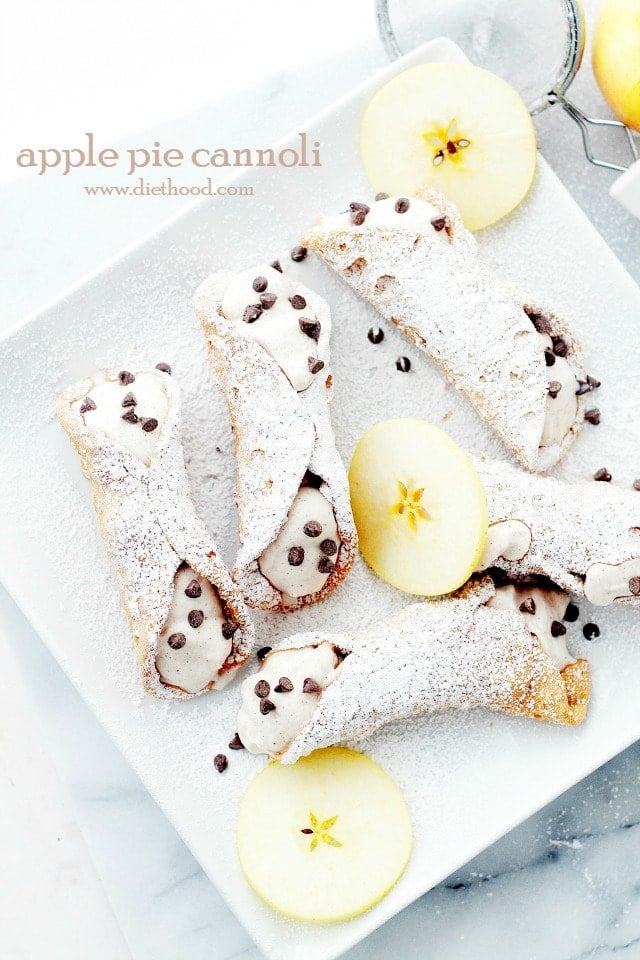 Hello Monday! Haven’t seen yo’ face in 7 days! Welcome and be good to us, m’kay? Don’t ask for deadlines and give us plenty of time to enjoy a pot of coffee. Thank you.

Greetings, friends! How was your weekend? Did the Bears piss you off? Me, too! What is wrong with them?!? 55-14 for the Packers?! Good Lawd!
Be quiet, Cheeseheads. 😉

Speaking of cheese… let’s talk about something that will never make us scream at the TV- Apple Pies and Cannoli.
This is how you take a real bite out of Fall. 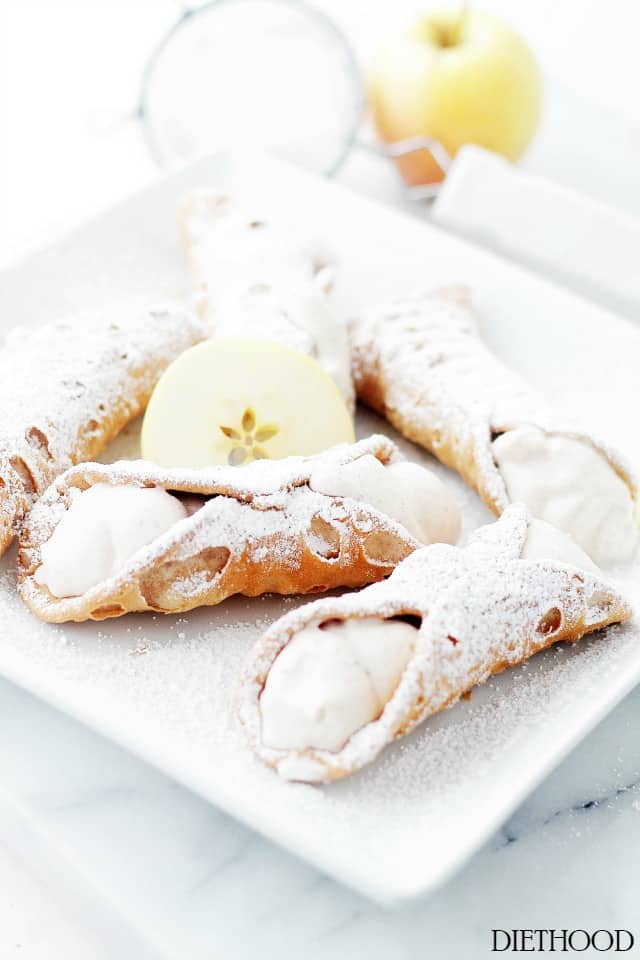 I’m forever the girl that will eat all-the-cannoli. I make them quite often and I’m totally obsessed about these Cannoli with Creamy Ricotta – amazing!
Judging by that recipe, most of the time I bake the cannoli to avoid all the extra elbees. However, baking season is upon us, as well as coat season, thus splurging a bit on our desserts is most definitely allowed.

A) Fry the dough late at night when everyone is asleep. It’s the only time of day when I can actually hear my thoughts.
B) Strain the ricotta over night. Super important. Unless you don’t care about the creamy-cream part.
C) Keep the cannoli refrigerated until you are ready to serve. Another really important bit. 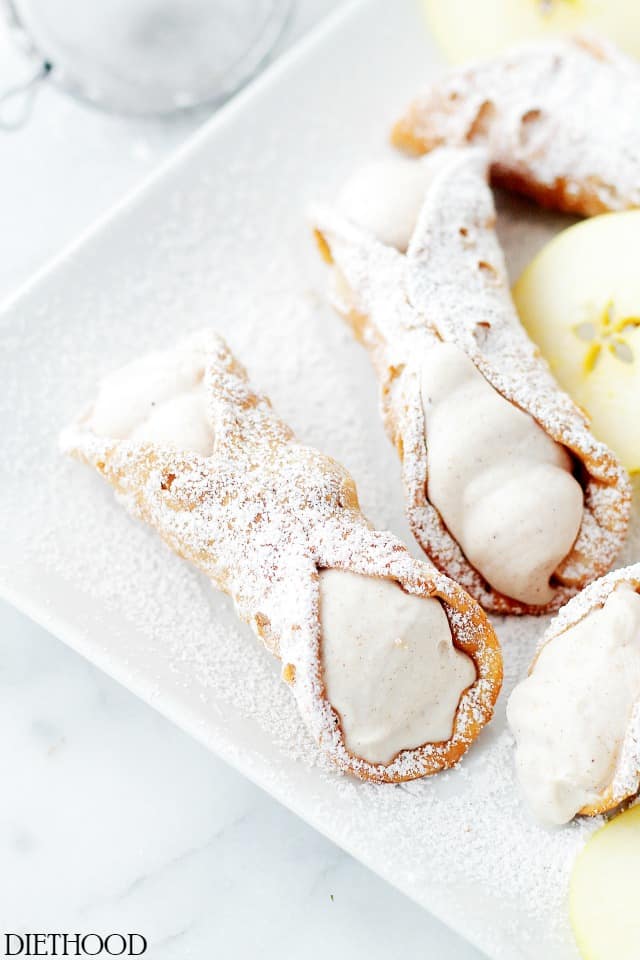 I’m not at all saying that I have perfected cannoli-making, but these do taste kind of perfect, so…

We’re kicking these cannoli up a few notches by adding apple pie spice and diced fresh apples to the cream. The taste is exquisite, it’s loud and just right.

Each cookie is then topped generously with powdered sugar and, if you want, a few chocolate chips. Apples and chocolate are quite the match. 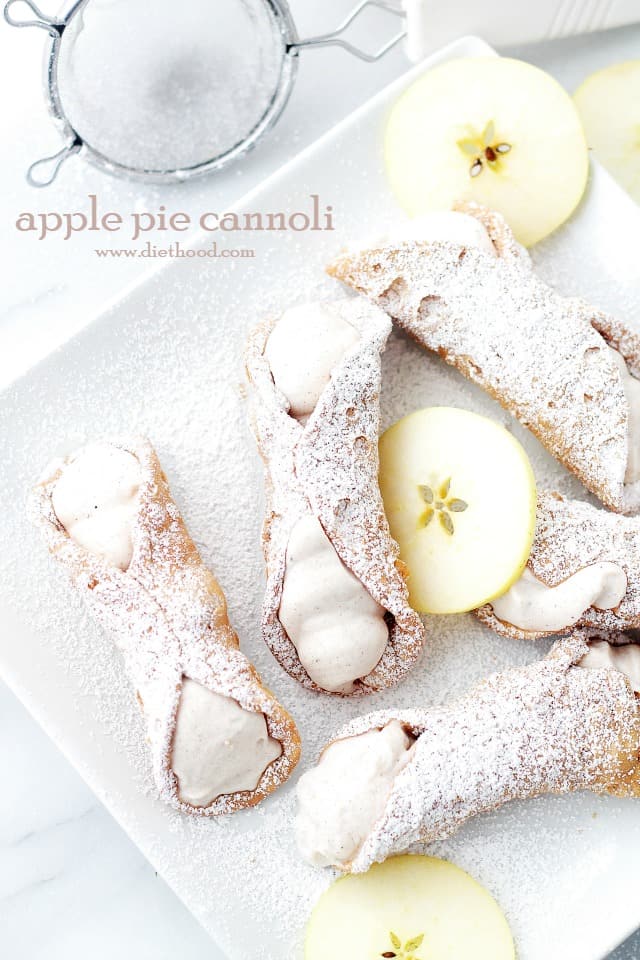 If you ever wanted to stop by, right now would be a good time. I made another batch last night and have 2 large cannoli sitting in the fridge. Bring some wine, would ya? And some Starbucks. 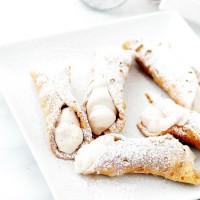 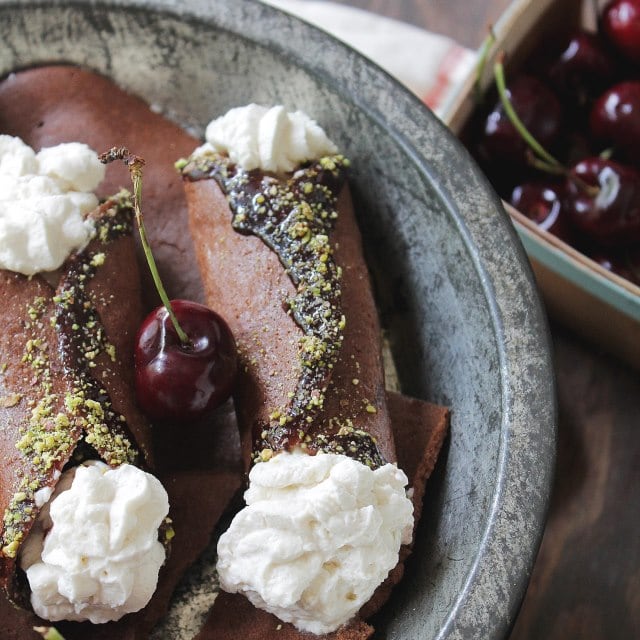 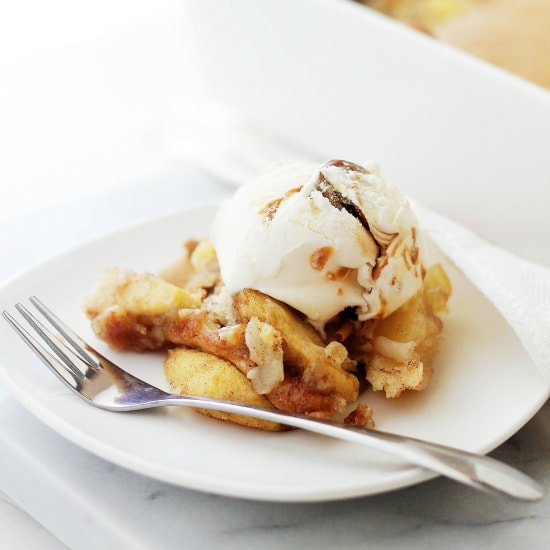